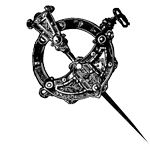 History of the Rotary Club of Navan

Rotary Club of Navan was chartered on May 8th 1980 following the pioneering efforts of Dr Michael Hayes.

The club had 30 members at inception and 5 are still actively involved in the club.
(Click here for a list of charter members).

The club currently has 26 active members. As a club, our club is one of the busiest in the Rotary family. We support some national and International programmes. Embracing the Rotary International motto of "Service above self" the club has contributed to a lot of community based projects. (Click here for a list of projects)

Navan, situated in the centre of County Meath, is 45 minutes (41 km / 26 miles) drive from Dublin Airport. The ferry ports in Dublin, Dun Laoghaire and Belfast are also convenient. The M3 from Dublin to Cavan makes Navan very accessible; leave the motorway for Navan (South) and you pass by our meeting place. Regular bus services to Dublin, Cavan and surrounding towns are available. According to the Central Statistics Office, Navan was the fastest growing large town in the State between 1996 and 2002 when its population increased by more than half (51.6%) from 12,810 in 1996 to 19,417 in 2002. This increase compares with an 8% overall rise in the State’s population in the same six-year period. The current population of Navan is thought to be in excess of 25,000 and rising. It is estimated that the population will be 40,000 to 45,000 persons by 2009.

County Meath is known as the Royal County as it was once the territory of the High Kings of Ireland. The abundance of historic monuments within the present day boundaries testifies to the ancient importance of the region. Some of the most important historic sites and monuments are located within County Meath and virtually every important aspect of Irish history from prehistoric times is associated with the county.

The rich landscape of pastureland watered by the scenic rivers of the Boyne, Blackwater and their tributaries results in Meath being a prosperous agricultural county with some of the best land in Ireland. It is particularly noted for its fine horses and cattle.

The two main rivers in the county, the Boyne and the Blackwater join at Navan, which stretches to the Irish Sea, is the most historic waterway in Ireland. The rich legend of the Boyne with Fionn MacCumhall and the Salmon of Knowledge is still told today. The waterways are rich in aquatic life and the salmon and trout are recognised as among the finest in Ireland.

The Rotary Club of Navan was chartered on May 8th 1980 with the assistance and sponsorship of the Rotary Club of Drogheda. Dr. Michael Hayes, Navan was instrumental in getting this first group of people together to form the club.

Our club has 26 members drawn from every walk of life and we support a large range of local charities but we are also involved in the support some national and international programmes.

The club meetings are held on Tuesdays at 7.00pm in The Ardboyne Hotel, Dublin Road, Navan, Co. Meath. and visitors would be made most welcome. To arrange for such visits, just give our Secretary a ring. 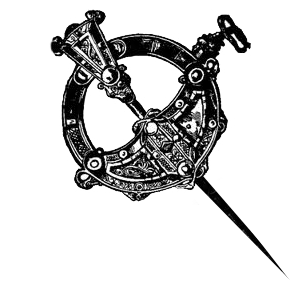 Our club emblem is the famous Tara Brooch found near Bettystown, County Meath in 1850 and named after the Hill of Tara on account of the beauty of the workmanship. As an ornamental piece, the Tara Brooch is the most exquisite example of early Christian craftsmanship ever found on these islands. Over 1,300 years old and made of white bronze, decorated in gold with settings of amber, glass and enamel, the brooch is now on permanent display in the National Museum of Ireland, Dublin.

Rotary in Ireland is an all island Organisation and is Referred to as District 1160. In the Rotary Club of Navan we are pleased that Marie Mullooly a Nava Rotary Club member is a District Governor currently